Enrique Chagoya describes his work as a conceptual fusion of cultural realities that he has experienced in his lifetime. He integrates elements from pre-Columbian mythology to Western religious iconography and American popular culture. Many of his drawings and prints are influences by the satirical work of Francisco José de Goya y Lucientes, Honoré Daumier, and José Guadelupe Posada.

In his 2012 Recurrent Goya portfolio, Chagoya pays homage to Goya and updates eight of his etchings from the 1799 series In Los Caprichios (The Caprices). Chagoya wrote about his first “almost forgeries” of Goya’s etching in 1999, “The concept of this work is based on the question: How would Goya have portrayed the twentieth century if he had witnessed it, if he had traveled in time? My etchings are my own version of the answers, without the pretension to compete with the old master.”

In Tu que no puedes Goya’s message at the turn of the 18th century was that the Spanish people must carry all burdens, including taxation. Chagoya’s print illustrates the burden that partisan politics places on the American people. 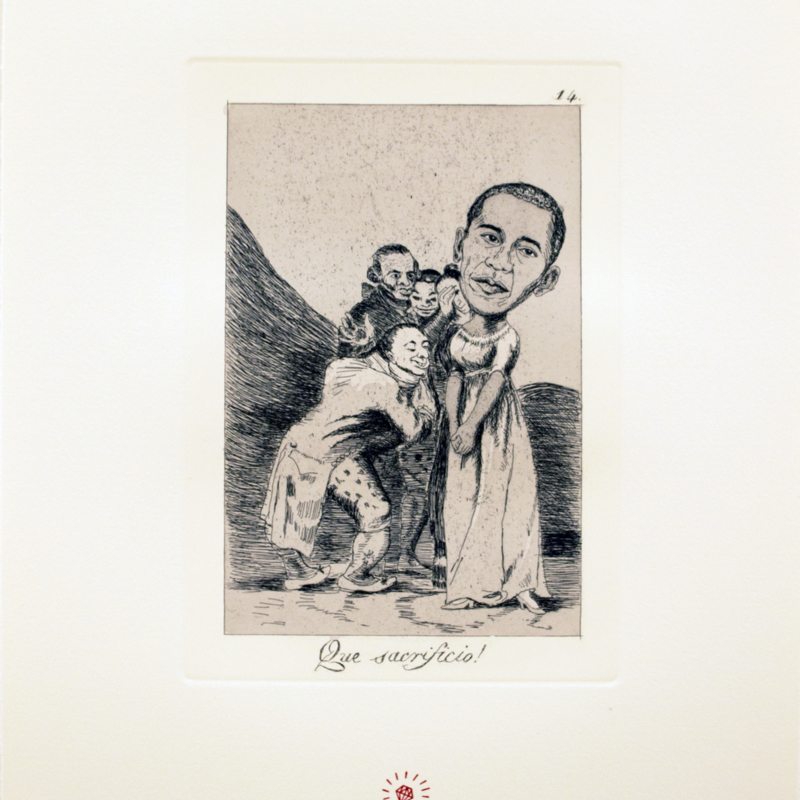