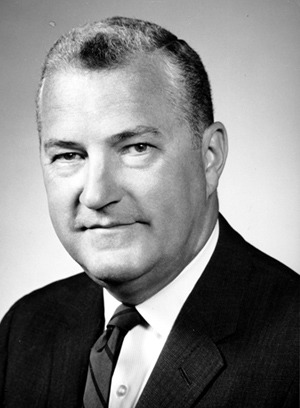 After World War II, he taught at Miami University at Oxford, Ohio, served as director of student personnel and assistant professor of public administration at Cornell University's Graduate School of Business and Public Administration and in several positions at the University of Pittsburgh.

In 1964, a colleague of Rankin's nominated him for the presidency of Indiana State University, and he began the duties of that office on July 1, 1965.  His tenure spanned the greatest period of growth in ISU's history - and a turbulent time for colleges and universities across the country.  During Rankin's term as president, ISU-Evansville began operation; doctoral programs in selected areas were approved; the School of Health, Physical Education and Recreation was established; Married Student Housing units were constructed; Mill, Rhoads, Hines, and Holmstedt Halls were completed as was Cunningham Memorial Library; Condit house was designated the residence of the president of the university; Memorial Stadium was acquired; the university awarded its first Ph.D. degree; and Hulman Center was completed at the cost of $10 million

Some of Rankin's other successes included bringing the Contemporary Music Festival to ISU in addition to a satellite site of the Indiana University School of Medicine known as the Terre Haute Center for Medical Education (a two-year residency program).  Indiana Special Olympics originated during his tenure, and Hoosier Boys and Girls State Summer Conventions relocated to ISU.

Rankin and his wife, Frances Margaret Goodnough Atkins, were very involved in the community activities and the arts.  He continued to serve the university after his retirement and also was named the first executive director of Leadership Terre Haute, an organization he helped found.  Rankin died February 24, 1999 at the age of 84.