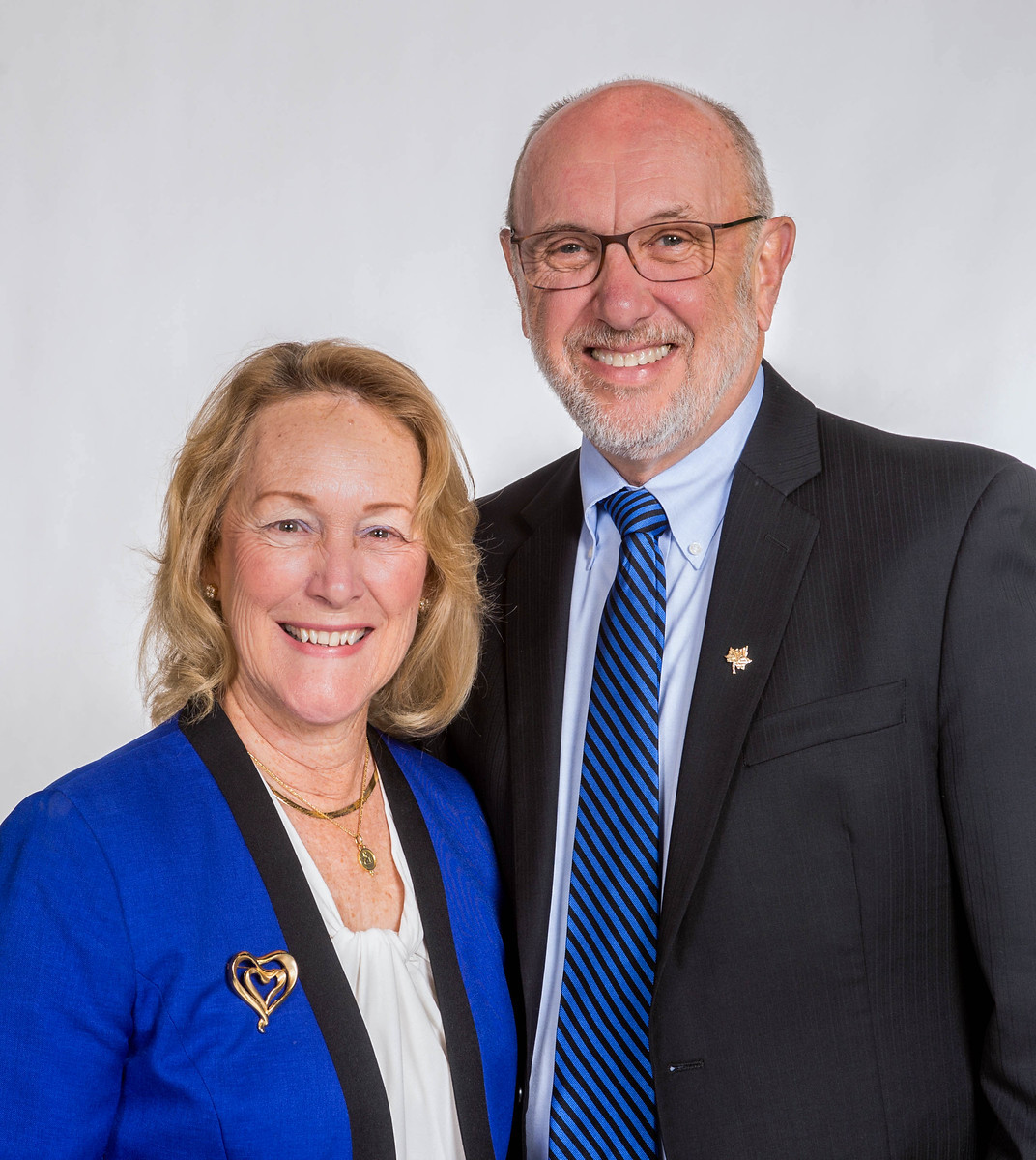 Daniel J. Bradley became Indiana State's eleventh president on July 31, 2008. Bradley has served as the president of Fairmont State University, located in Fairmont, W.Va., since 2001. He previously held a variety of positions at Montana Tech of the University of Montana, including vice chancellor for academic affairs and research, dean of engineering and head of the petroleum engineering department.

During Bradley's tenure at Fairmont State, the institution grew substantially, more than $100 million in construction projects were completed, computing infrastructure was upgraded, a robust distance education program was developed, and graduate programs were launched in education, business and social sciences.

Born in Portage La Prairie, Monitoba, Bradley immigrated with his parents to California when he was seven years old.

A veteran of the US Army, Bradley holds a Ph.D. in physical chemistry from Michigan State University, a master's degree in petroleum engineering from the University of Tulsa and a bachelor's degree in petroleum engineering from Montana College of Mineral Science and Technology. During graduate studies, he spent two years at Oak Ridge National Laboratory performing his research. After graduate school, he was a postdoctoral scholar at the University of California, Berkeley in the Chemistry Department before joining the faculty at Montana Tech.

Bradley and his wife, Cheri, have three grown children and three grandchildren.

"The past nine years have been amazing and rewarding. As has often been said, however, there is a time for everything. Now is our time to reflect, to enjoy our grandkids and to plan our next great adventure," said Bradley of himself and his wife, Cheri. "Seventeen years as a university president and a first lady on two campuses is undoubtedly enough."

Bradley oversaw a period of unprecedented growth and progress on a wide variety of fronts, said David Campbell, chair of the ISU Board of Trustees.

"When Dan was hired in the summer of 2008, the trustees made it clear that improving enrollment was our top priority. That become goal one of ‘The Pathway to Success' strategic plan, and the result was a 30 percent increase and a new record enrollment," said Campbell. "We learned very quickly that when we asked him to do something, he got it done."

"We hate to see him leave the presidency, but the trustees certainly understand his desire to step away from this very hectic and demanding position. He and Cheri have far surpassed their peers in the longevity of their service to higher education. We appreciate all they have done to position the institution for future success," he added.

-- Increased focus on community engagement leading to more than 1.3 million hours of service per year by ISU students and earning a national reputation for Indiana State including several number one national rankings from Washington Monthly's College Guide;

-- Development of new degree programs in high-demand fields including numerous health care programs as well as unmanned systems, engineering and others;

-- Infusion of experiential learning components into all degree programs;

-- Strengthening of relationships with members of the Indiana General Assembly leading to support for the largest capital projects in the university's history;

-- Significant improvements to the University's physical plant with more than $300 million in capital projects completed during his tenure including several renovations of historic structures;

-- A new energy and renewed sense of purpose and cooperation among all of the University's constituencies; and

-- Major contributions to the redevelopment of downtown Terre Haute and the riverfront area.

"In reviewing the past nine years, it is amazing to see all that has been accomplished under Dan Bradley's leadership. He approaches everything in a collaborative manner and has proven that more can be accomplished when the university and the community work together. He has not only had a profound effect on Indiana State but on the community of Terre Haute as well," said Campbell.

Bradley, however, is quick to note the hard work of others that have contributed to these successes.

"Cheri and I will leave it to others to determine our legacy, but it is our hope that part of it will be a better institutional understanding of ISU's true mission, vision and values, and its commitment to student success. It has been a pleasure working with individuals across campus and throughout our community, noting our progress and accomplishments," said Bradley. "Together, we have set in place a foundation that prepares the university to move forward to meet the dreams and challenges of the future."

Bradley was selected as Indiana State's eleventh president in July 2008 following a nationwide search that attracted more than 100 candidates. He came to Indiana State from Fairmont State University in Fairmont, W.Va., where he had served as president since 2001 following a long career in numerous positions at Montana Tech.

The Bradleys chose to live in Condit House, the historic university-owned home on the State campus that had been used as offices for the president and staff for the 16 years prior to their arrival. They have hosted countless events for students, faculty, staff, alumni, and donors including Cheri's annual Lemonade Stand on the Condit House front lawn the first day of classes each fall.

"Living in Condit House has been an incredible experience and has afforded us the opportunity to be active participants in university and community life," said Bradley.

Campbell also noted the impact Cheri has had as first lady.

"Of course, Dan has a remarkable partner in Cheri. Cheri has been instrumental in building campus and community relationships. From serving lemonade and cookies on the first day of classes to hosting student groups and alumni for dinner at Condit House, she has been excellent at connecting with our students, alumni, faculty and staff, all while promoting ISU's mission. I am not sure who we will miss more!" Campbell stated.

In addition to serving on the boards of several local non-profit organizations, Cheri started a group called Women of ISU which meets for brunch twice annually. The group donates gifts for women in need at the fall meeting, and makes donations to fund scholarships for nontraditional women at its spring brunch.

"I have truly enjoyed bringing together ladies from across campus to network and collectively share. Women of ISU has provided uplifting moments to women in our community and valuable scholarships for educational opportunities at Indiana State. It is great to be a part of such a caring community," said Cheri Bradley.

Campbell noted he had mixed emotions about Bradley's decision.

"On a personal note, as a trustee, board chair and friend, it has been a privilege to work with Dan and Cheri. They are good people who approach their work with a sincerity and sense of purpose that is unique in today's environment. So it is with mixed emotions that we accept their desire to step back. While we will miss their leadership, we are excited for their opportunity to explore new horizons and enjoy the fruits of all their work. We look forward to their continuing friendship, interest in, and association with ISU," said Campbell.

After a year-long sabbatical, the Bradleys plan to continue their involvement with Terre Haute and Indiana State.

"We want to thank everyone for all you have done for us during our time as president and first lady. The memories and the friendships will last a lifetime," said Bradley.

Campbell indicated that a national search for a new president would soon get underway with more details forthcoming.

2011 Chorus of Trumpets, The Fire Within

2012 Under the Buttonwood, ISU Sphere, Renewal