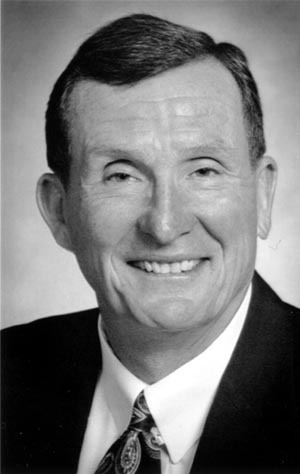 During his tenure, emphasis was given to enhancing the quality of teaching and learning and to improving services for students.  Under Moore's leadership, the Students Academic Services Center, the Center for Teaching and Learning, the Lily First-Year Experience Program, the reading and math centers, the Student Ombudsperson Program, the Course Transformation Academy and the President's Scholars program were initiated.  The divisions of Enrollment Services also were created to further improve service for students.

During his administration, ISU formed numerous partnerships across the state to extend the University's service to Hoosiers, including: the Degree Link partnership with Vincennes University and Ivy Tech State College, the Professional Development Schools Program, the Wabash Valley educational Alliance, the South-Central Education Alliance and the Southeast College Cooperative.  The Joint BA/MD degree program with the IU School of Medicine and the consortium-based PhD in technology management also were established in keeping with his on inter-institutional collaboration.

Moore led a transformation of the ISU Foundation to encourage private support for ISU.  As a result, the endowment has grown four-fold to over $40 million, and the university received the largest gift form a single donor to create the Gongaware Center for Insurance Management Development.  Moore also inaugurated ISU's first comprehensive marketing program and the University magazine to promote ISU's public image.  He also introduced a new mascot Sycamore Sam, a favorite among students and future Sycamores.

Progress on the campus Master Plan also continued under President Moore with the construction of the Student Computing Complex, the Center for Performing and Fine Arts, the John T. Myers Technology Center, and Oakley Place at the southwest entrance to campus.

A priority during Moore's tenure was the expansion of opportunities for women and minorities as evidenced by the appointment of a special assistant to the president and the establishment of President's Commission for Ethnic diversity, as well as the appointment of women and minorities to key leadership positions within the administration and faculty.

Moore announced plans in 1999 to resign as president in the summer of 2000 but to continue teaching in ISU's School of Education and School of Business, to remain involved as a faculty member for the American Association of State Colleges and Universities New Presidents' and Experienced Presidents' in educational leadership development on the national level.