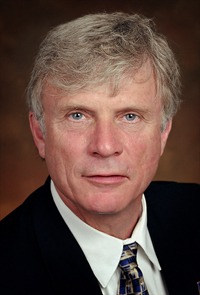 Dr. Benjamin graduated from Emory University in 1966 with a bachelor of arts degree in the history of art. In 1973, he earned his Ph.D. in art history from the University of North Carolina at Chapel Hill. His dissertation focused on "The Empathetic Relation of Observer to Image in 15th Century Flemish Painting."

Dr. Benjamin is married to Wieke van der Weijden, who earned a Ph.D. in biochemistry from Leiden University, The Netherlands. The Benjamins have two grown children: a daughter, Saskia Jansje, and son, Lloyd William.