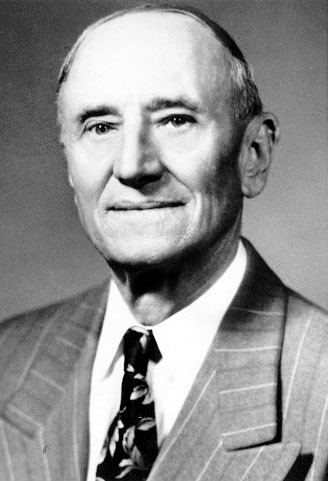 Tirey obtained his early training at the Southern Indiana Normal and Business Institute of Mitchell, his hometown. Later, he earned his bachelor's and master's degrees form Indiana University, and at the age of 18, taught in a one room school house in Lawrence County in the fall of 1900. One year later, he was appointed principal of the Springville Schools. By the time he came to Indiana State Teachers College, Tirey had more than 30 years of experience with Indiana's public schools.

Tirey focused on the strengthening and broadening of teacher education and school administration programs, the addition of collegiate programs in areas other than teaching, the establishment of the physical plant and the beautification and expansion of campus. He also was noted as a "humanitarian" because of the good rapport he had with the student body.

During his tenure, the Laboratory School, Parsons Hall (a residence hall for men), the Fine Arts and Commerce building, the Student Union Building (Tirey Hall), the Mathematics & Communication building (Dreiser) and the Administration building (Gillum) were constructed, and the offices of alumni and public relations were established. Old Main was razed to create the campus quad, and the basketball team won the NAIB National Basketball Championship in Kansas City.

Tirey served in numerous leadership roles in various organizations during his term as president, including serving as president of the Indiana Higher Education Conference; Boy Scouts; and executive director of the Indiana State Teachers College Foundation.