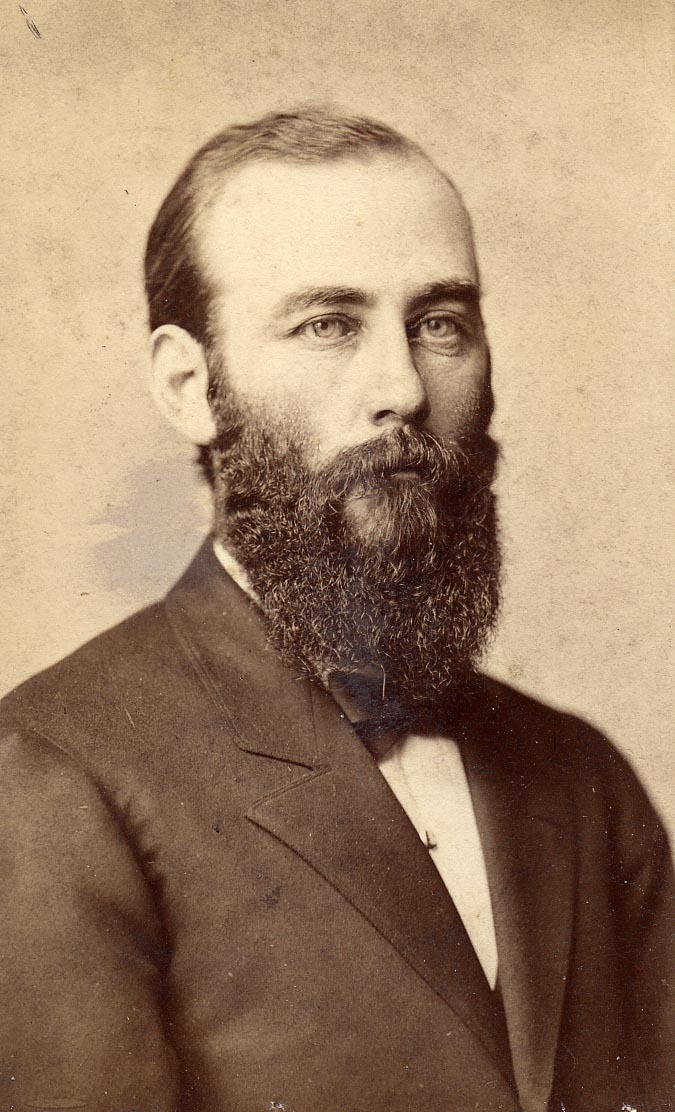 Born in 1850, William Wood Parsons was a man of firsts.  He was a student on the first day of classes, was in the first graduating class  at Indiana State Normal School, and also first to return to his alma mater as an instructor.

After graduating with the class of 1872, he served as superintendent of the Gosport schools for a year.  During the next two years he served with the Indianapolis High School. Parsons became a member of the Normal School faculty as a teacher of grammar and composition from 1876 until 1883, when he was elected vice president.

That same year Parsons married Harriet Emily Wilkes (who had attended the Normal School).  They had two sons.  One died in infancy, and the other was Robert Wilkes Parsons.  Robert died in June of 1914 at the time of his graduation from Wabash College.  Mrs. Parsons died a few months after the death of  their son.

In 1885, at the age of 35, Parsons became the third president of the Indiana State Normal School, a position he held for a remarkable 36 years, thus attributing to his nickname "Daddy" Parsons.

During his long tenure, he became well known as a skillful advocate of the needs of the institution and as a resourceful champion during biennial legislative sessions.  He may have attained a sense of harmony with both the faculty and the Board of Trustees, something that was often difficult to accomplish in those days.

The office of the vice president of the school which was abolished in 1885, was re-established in 1886 and filled by Professor Howard Sandison (also a member of the first class of 21 students at the Normal School).

In 1888, while Indiana State Normal School was on fire, Parsons ran to the train station to alert students to stay because classes would indeed be in session the next morning at Centenary United Methodist Church.

Baccalaureate degree programs, more demanding entrance and graduation requirements and college-level courses brought recognition and stature to the institution during the Parsons years.  The addition of an Eastern Division, a branch campus of Indiana State Normal School in Muncie IN, (now Ball State University) also was among his many accomplishments.

Parsons always gave the fullest measure of devotion to his native state, to the city in which he lived, and to the institution for which he served.  During his active career, many honorary degrees were conferred upon him, including a Master of Arts from Indiana University and Doctor of Law degrees from DePauw University and from Wabash College.

During Parsons tenure as president the physical campus grew extensively to included several new buildings; North Hall, Training School, State Normal Library, and Science Buildings were constructed as the growth of education and enrollment provided an optimist out look for teacher education at the Normal School.

Four years after his retirement on September 28, 1925, Parsons died.