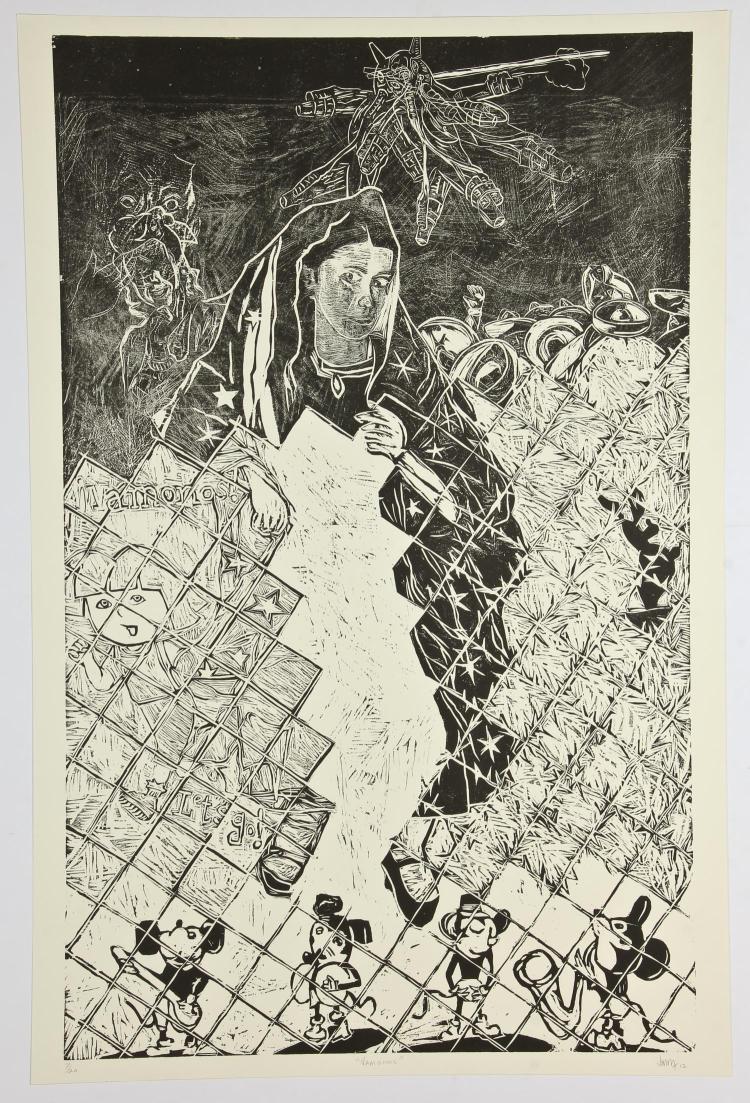 Vamonos, the word itself, is an Anglicized version of vámonos, giving the title a tension set within the discussion of immigration. The Anglicized “Let’s Go/Move” understanding vs. the “Let’s move on/Let’s Leave This Place” Spanish understanding and a multitude of other uses and understandings play out differently in each viewer’s head as they search through the meanings.

The position of the migrant is central to the composition of Vamonos. The migrant, in this case, is the Virgen de Guadalupe, with her roots a blend of Aztec and Spanish heritage. She is presented like a religious icon, venerated but is behind a chain-link fence. As a representative of Mexican culture, a border is erected to keep her out.

Alvarez points out a double standard in the import and export of culture that has its roots in colonization and subjugation of the indigenous people of Central America. Vamonos makes us question why Mexican culture and its people are kept out while at same time Americanized visions of Mexican culture, Dora the Explorer and the Disneyesque versions of Lotería mice, are exported to Mexico. Above it all, policing culture, is another U.S. export, the advanced surveillance system. It is a warning of the dangers to people and culture of an increasingly deployed set of technologies and strategies used to surveil and control the border