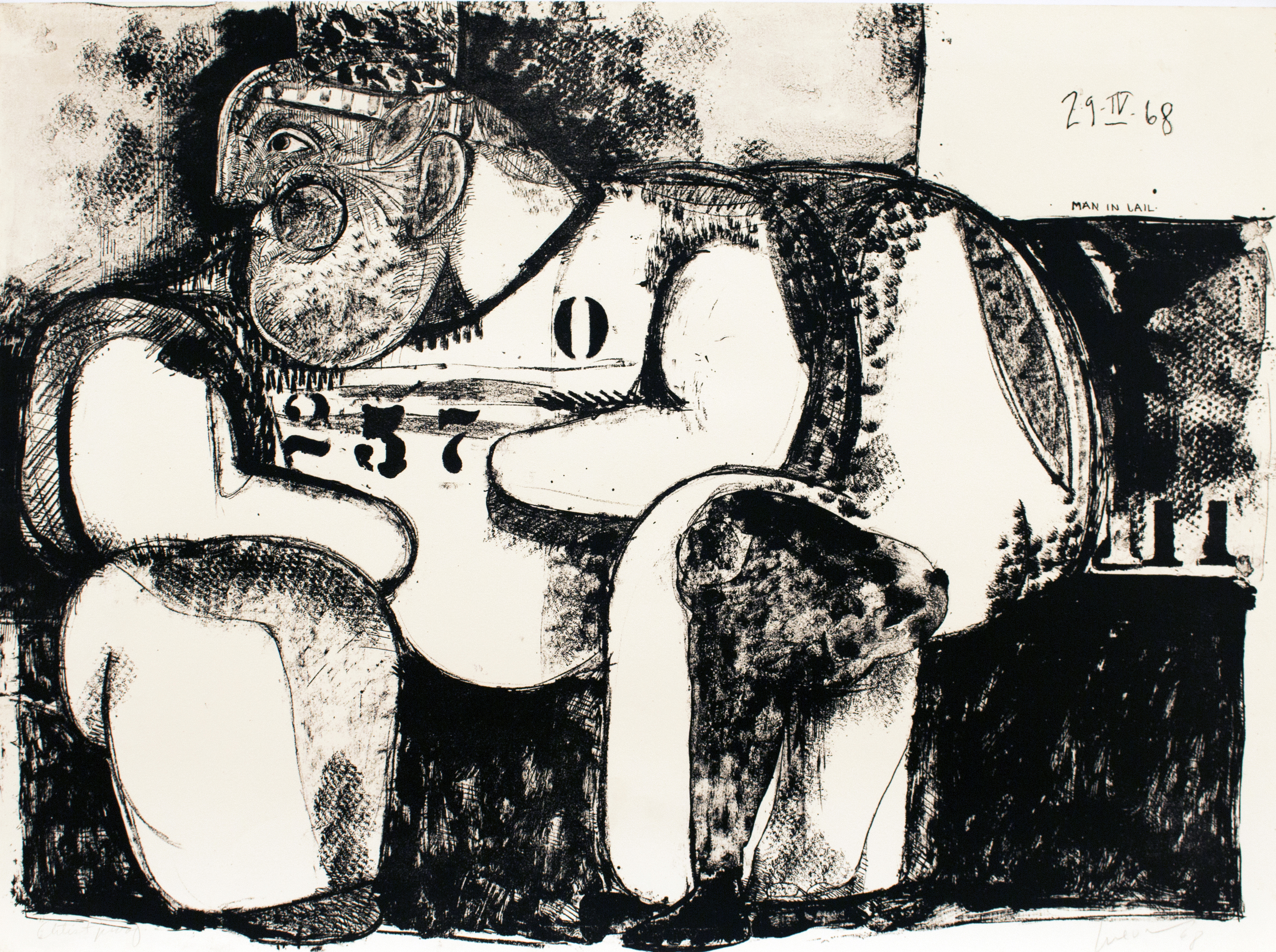 In the 1950’s, Jose Cuevas became involved with the Anti-muralist movement rebelling against the idealist and nationalist approach to Mexican history and art. It was a movement that still believed in the power of art and in many of the ideals of the Social Realist past, but was angered by its resulting extreme nationalism and subsequent wars and repression. The new vision had to be again rooted in people’s experiences and it had to be increasingly international while maintaining an individual’s identity. Cuevas and his contemporaries, following the lead of the Expressionist movements in Europe and the United States, starting a tradition of artistic production based on their own experiences and perceptions. The Man in Jail is part of a series of twelve lithographs that comprise his Crime Series of 1968. These prints exemplify the expressionistic and sometimes cryptic style of Cuevas. The series focuses on crime and crime figures throughout history from around the world whose infamy and action have nearly placed them in the realm of folklore.