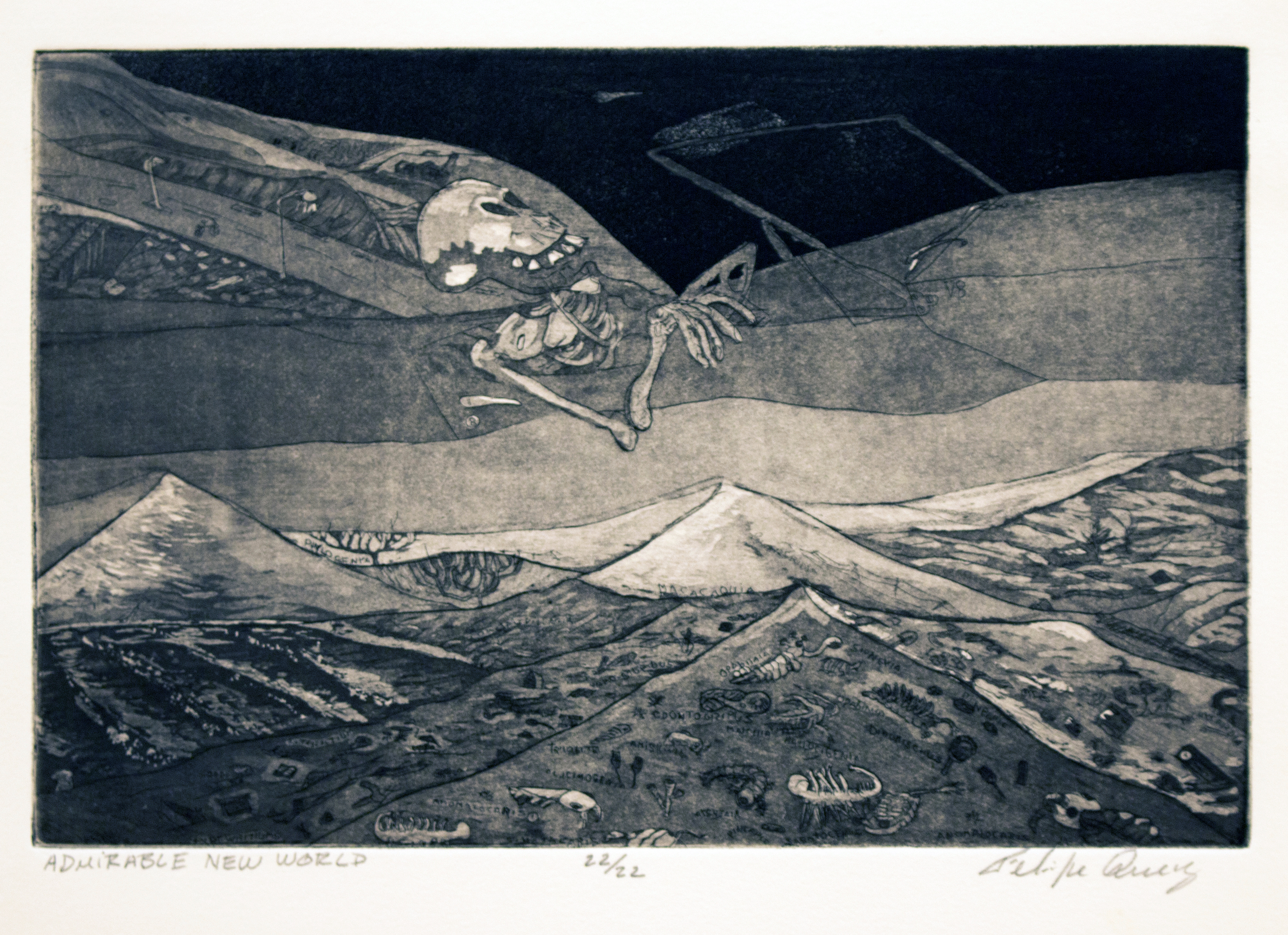 Felipe Queiroz left Brazil to study his dual passions of art and the environment at Utah State University in Logan, Utah. His work, in both the arts and the sciences, dealt with the concerns of human cased climate change. In his professional career, he worked as a Utah State Fisheries biologist monitoring and protecting local waters. His art was no different. In Admirable New World Queiroz lays out the claim that perhaps the world would be better off without our destructive presence, or at least if we were gone it could start again. The Earth, here, remembers us as it does previous extinct inhabitants, as the fossilized strata of its geology. Our roads, streetlights, and skeletal remains driving our deceased cars all become but the rocky layers of Earth’s history. In a tragic irony, Queiroz himself was killed by a car, struck while he walked across the street in Logan, Utah. In that way, Admirable New World also serves as an unintended prophecy, even if that prophecy isn’t admirable.